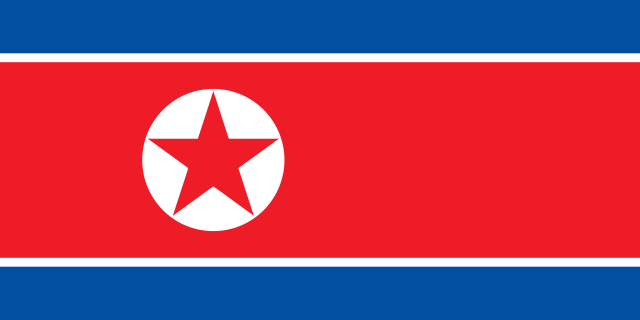 The latest UN estimate puts the population of North Korea at 25,549,604 people.

The last official North Korean Government data comes from the 2008 North Korean census which recorded a population of 24,052,231 people.

North Korea’s population is roughly half the size of South Korea, which has a population of just over 50 million people.

Population growth in North Korea has slowed dramatically in recent years. After holding at above 2% per year until the 1990s, the growth rate has fallen to just 0.5% per annum in 2015. 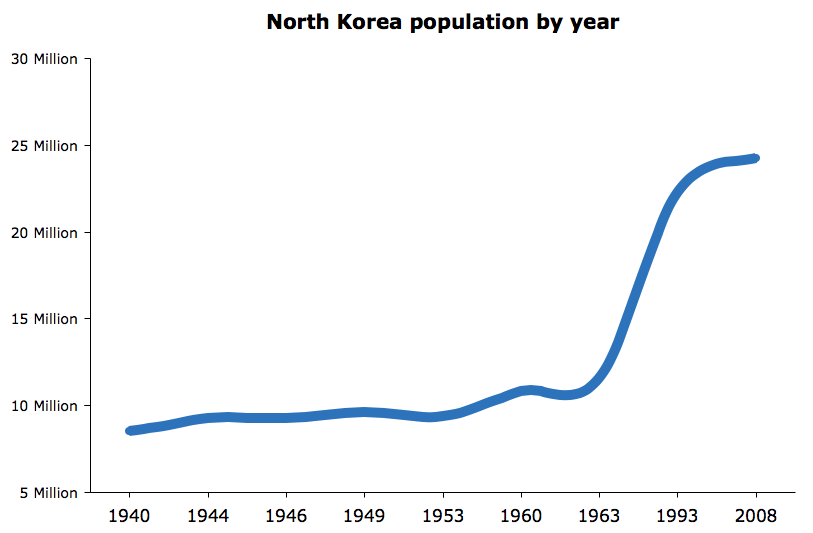 There are a number of reasons for this slowing population growth rate including increasing urbanisation, delayed marriage, a high proportion of men among the young North Korean population and, perhaps most importantly in recent years, the impact of famine in North Korea.

Between 1994 and 1998 famine in North Korea was estimated to have killed between 300,000 and 800,000 people every year. Malnutrition would have also reduced birth rates throughout the country and slowed the growth of the North Korean population.

Korea is perhaps the most ethnically homogenous country in the world today.

That leaves just 533 respondents who reported that they were of another nationality.

Officially all North Koreans are guaranteed freedom of religion in the constitution. This protection doesn’t always translate to reality, however, as evidenced by the note in the 2008 census (see table 37) which reports that there are just 103 religious professionals working in North Korea today.

There are no official statistics on religion in North Korea, and the majority of the population is thought to be non-religious, either atheist or agnostic.

The main religions in North Korea are Korean Shamanism and Cheondoism. There is thought to also be a small number of Christians and Buddhists in North Korea. 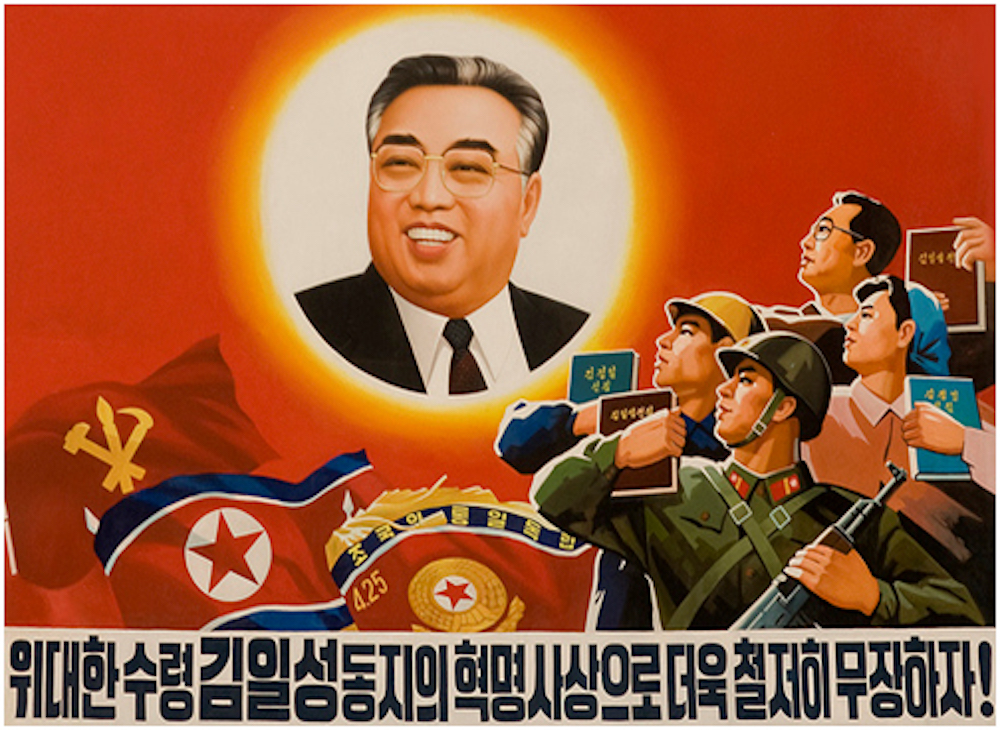 Some argue that the Juche ideology – which stresses self-reliance and venerates North Korea’s founder Kim Il Sung and his successors – has taken on aspects of a religion, and could be considered to be North Korea’s dominant religion.

The official state language is Korean. As is to be expected from such an ethnically homogeneous nation, Korean is spoken by virtually everyone in North Korea.

The population of Pyongyang is 3,255,288 people (2008 data). This makes the capital the largest city in North Korea by some distance. 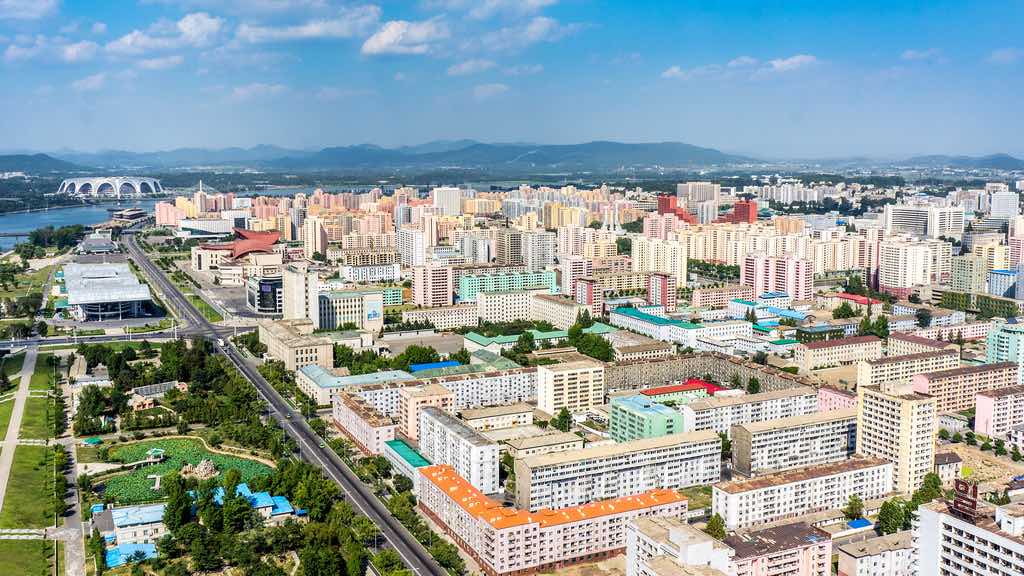 Here is a list of the ten largest cities in North Korea.

Education in North Korea is state organised and funded, and attendance at school is compulsory for all children over the age of five.

North Korea also has a number of more traditional universities. The most prestigious is considered to be Kim Il Sung University in Pyongyang which is host to 16,000 students.

Rather unusually for a country in the region, over 99.9% of all North Koreans over 80 years of age are literate.

Although the official North Korean literacy data is likely to have been exaggerated, the country’s well regarded universal education system means that the real literacy rate is probably not all that far off 99%.

Data in this section is, unless otherwise noted, drawn from the CIA Factbook, and is from 2015.

The extremely low ratio of 0.53 male(s) to every female aged 65 or over can largely be attributed to the death toll in the Korean War. 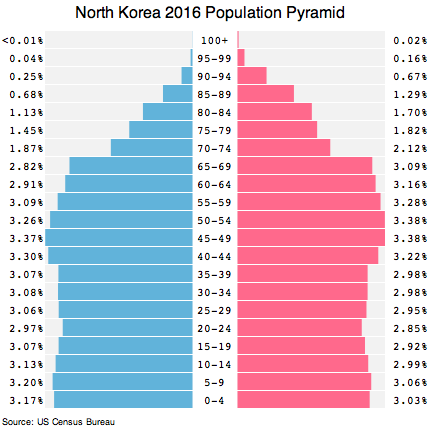 Note the low ratio of male to female among older North Koreans, which is in large part due to the Korean War.

Here is a table listing the population of North Korea by year.