Justin Trudeau is the current Prime Minister of Canada, the second youngest in Canadian history.

The son of former Canadian Prime Minister Pierre Trudeau, Justin was elected as leader of the Liberal Party in 2014, and led the party to victory in the 2015 election.

Trudeau has proved a hit not just in Canada, but across the world. Charismatic, powerful, liberal and good looking – the world seems to love Canada’s smart and easy-going new Prime Minister.

Justin Trudeau was born into politics. His father was Pierre Trudeau, Canada’s 15th Prime Minister, and almost all of Justin’s first 13 years were spent living at 24 Sussex Drive, the official residence of the Canadian Prime Minster.

An early presidential indication of Trudeau’s future came from Richard Nixon, then President of the United States, who toasted young Justin at a gala dinner in 1972.

Tonight we’ll dispense with the formalities. I’d like to toast the future prime minister of Canada: to Justin Pierre Trudeau.

Despite his high profile upbringing, Trudeau’s first instinct as an adult was to move away from politics. After graduating with a BA in English from McGill University and an education degree from University of British Columbia in 1998, Trudeau stayed in Vancouver to work as a high school French and math teacher.

Over the next decade, Trudeau pursued a number of career options, including a brief stint as an actor – he starred in The Great War, a Canadian TV movie about the First World War. He also began, but didn’t complete, two higher education courses – one in engineering at the École Polytechnique de Montréal from 2002 to 2004, the second a MA in Environmental Geography at McGill University.

Trudeau and his wife Sophie Gregoire first met when they were young children, but lost touch. They met again in 2003, as they both co-hosted a Starlight Children’s Foundation gala. She was working as a television and radio reporter, while Trudeau was studying engineering.

The two began dating several months later, after what Trudeau himself admits took some persistence on his part, and were married on 28 May 2005.

Trudeau’s first return to the public eye since childhood was in October 2000, when he gave the nationally televised eulogy at his father’s state funeral. After his moving comments, some commentators began to speculate as to whether Justin might follow in his father’s footsteps and enter politics.

Although he was active in a number of environmental campaigns, such as the fight against the Nahanni River zinc mine in 2005, it wasn’t until 2007 that Trudeau first entered Canadian politics. In October that year Trudeau, a lifelong Liberal Party supporter, was selected as the party’s candidate for the seat of Papineau, in Montreal.

Thanks to almost a year of campaigning on the ground in Papineau, Trudeau scraped to victory in the 2008 election, defeating Vivian Barbot, the incumbent Bloc Québécois MP, with a margin of just under three percent.

The national election was won by the Conservative Party, so Trudeau entered Parliament as an opposition MP. Unlike other new MPs, however, expectations of Trudeau were high – the editor of the Globe and Mail, for example, was already noting that Trudeau would be assessed by many as if he were “a future prime minister”.

After a few years working as a back-bench MP, Trudeau was appointed in 2009 as the Liberal Party’s Critic (spokesman) for multiculturalism and youth and, a year later, as the party’s Critic for youth, citizenship and immigration.

It wasn’t all politics, though. Trudeau also found time for relaxation, including this 2012 charity boxing match against Conservative Senator Patrick Braze. Watch the video to find out who won…

Leader of the Liberal Party

Although Trudeau comfortably won re-election as an MP in 2011, his Liberal Party slumped to a devastating defeat, losing their position as the official opposition party and finishing third in the polls with just 34 seats in Canada’s Parliament.

In the aftermath of defeat, Trudeau’s name was regularly suggested as a potential candidate to replace Michael Ignatieff as leader of the Liberal Party. He was not keen, though, believing that he would not be able to fulfil the role of leader at the same time as being a good father to his young family.

Without a good long term alternative, the Liberal Party appointed Bob Rae as interim leader to take the party through to a leadership convention, scheduled for April 2013, almost two years later.

After polls starting showing that he would be an incredibly popular leader of the Liberal Party, Trudeau had a change of heart and announced in October 2012 that he would stand for election as leader. After a six month campaign, Trudeau was elected as leader, receiving an astonishing 80.1% of the votes.

Trudeau set about rebuilding public confidence in the Liberal Party ahead of the next election – a three way fight between the Liberals, an embattled but determined Conservative Government led by Stephen Harper and a rising New Democratic Party which held real hopes of moving from opposition into government for the first time.

Trudeaumania swept Canada for a second time, and having a man with the charisma and glamour of Trudeau as leader proved a major asset for the Liberal Party.

From a starting point in August 2015 of 14 percent behind the New Democrats, the Liberal Party under Trudeau steadily improved in the polls and, by the time the election rolled around, the Liberals had edged into the lead.

The Liberal Party won 39.47% of votes in the 19 October 2015 election. This secured 184 of the 338 seats in the House of Commons, comfortably enough to give the Liberal Party an overall majority.

Two weeks later, on 4 November 2015, Trudeau was sworn in to his new post as Prime Minister of Canada.

Trudeau as Prime Minister of Canada

Since the election in 2015 it seems as though Canada has a spring in its step.

Under Trudeau’s leadership, Canada has abandoned the austerity of the previous Conservative government, choosing instead to run a $29 billion deficit in the hope that this will spur financial growth and invest in the country’s infrastructure.

Canada’s Liberal government has also announced a raft of progressive domestic policies, including considering the legalisation of marijuana, abolishing Canada’s first past the post voting system in favour of a system of proportional representation and ensuring that Canada’s cabinet was evenly divided between men and women. Trudeau has also won plaudits for his straightforward and un-self-conscious declaration that he is a feminist.

Trudeau has also rethought Canada’s foreign and defense policy. Since the election, Canada has focused once again on diplomacy, withdrawing its air force (although not special forces training Kurdish troops) from air strikes in Syria and Iraq, and promising to welcome 25,000 Syrian refugees.

About the office of Canadian Prime Minister

The Prime Minister of Canada is head of the Canadian federal government and, in practice, the most powerful politician in Canada.

He or she is appointed by the Governor-General of Canada and is usually the leader of the largest party in Parliament. The Prime Minister is also usually an MP, although two previous Prime Ministers were Senators and two were neither MPs nor Senators.

The Prime Minister’s role is not formally outlined in the Constitution, but has instead developed over time through custom and practice. Key aspects of the role include advising the Governor-General, appointing members of the Cabinet and the Senate, and sets the agenda for Cabinet meetings.

In recent years, the amount of power that the Prime Minister can wield has increased. However, the need to reach consensus with other key politicians, for example other cabinet members and Provincial Premiers, means that political decision making in Canada is still built on a foundation of consensus building.

There have been 22 prime ministers in Canadian history, and a number have served more than one term in office.

21 of Canada’s Prime Ministers have been men, one (Kim Campbell) was a woman.

18 of Canada’s 22 Prime Ministers were also MPs. Two were Senators (Sir John Abbott and Sir Mackenzie Bowell) and two did not serve as either MPs or Senators (John Turner and Sir Charles Tupper). 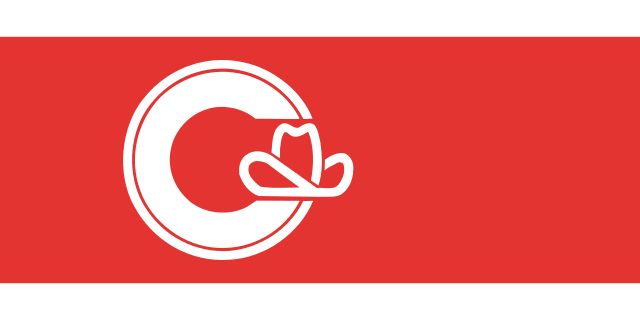 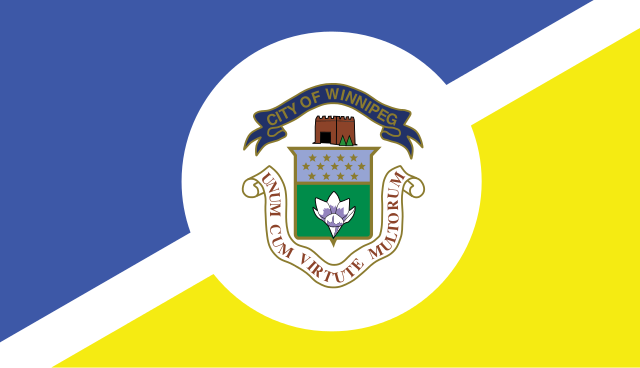 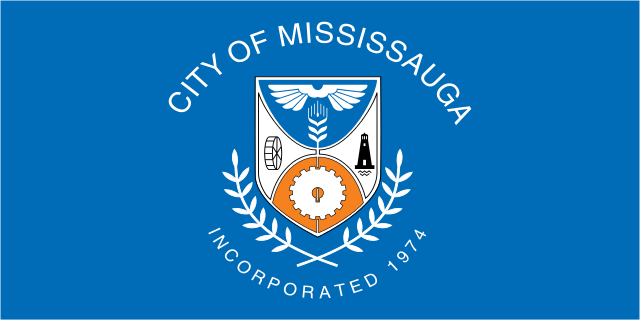 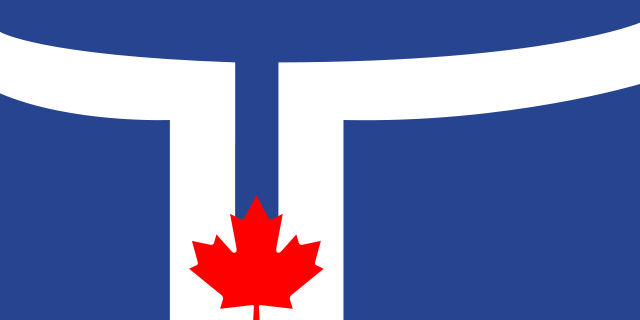 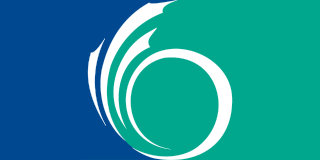 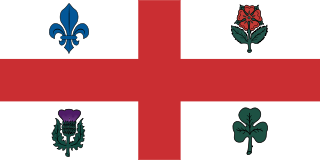 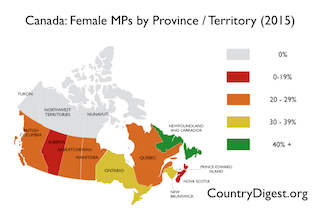 In 2015, Canada elected a record 88 women. This article breaks that total down, looking at how many women were elected from each province/territory and each... 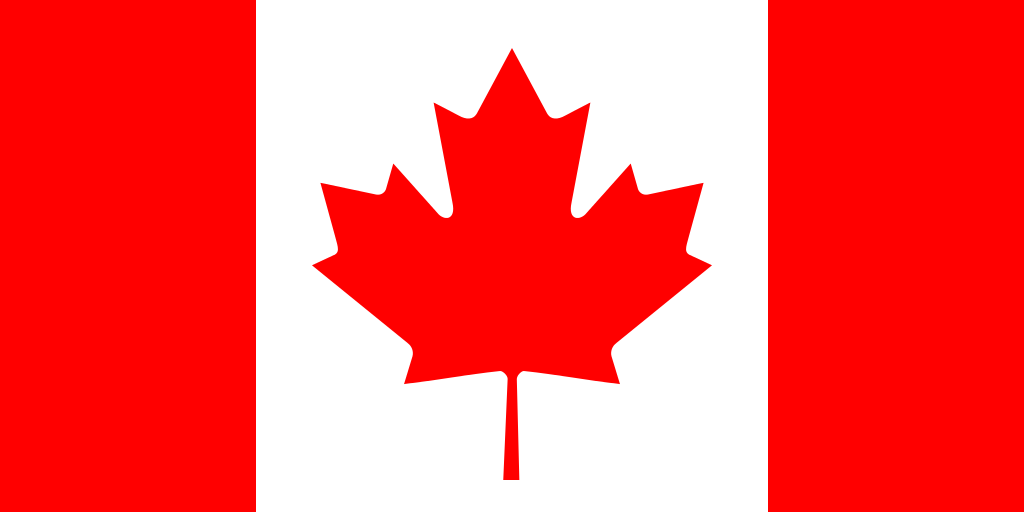 The Canadian flag was introduced on 15 February 1965. The distinctive Maple Leaf emblem in the centre of the flag is widely recognised around the world as the...