New Zealand is located on a submerged continent called Zealandia. It is a part of the wider region called Oceania (which is not a continent).

Some people argue that New Zealand should be considered a part of the Australian continent, or even that it is an island without a continent.

This article outlines the main arguments, and contains information about the submerged continent of Zealandia.

New Zealand is a part of a submerged continent called Zealandia. It is the largest part of the continent that is above water.

This topographical map shows the extent of the Zealandia continent. The parts in green are islands. The light blue represents the raised continental crust. 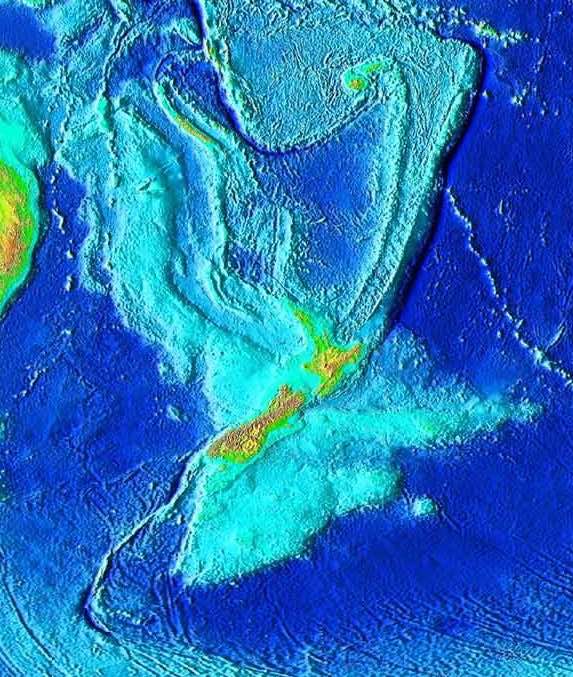 The two ridges that extend North East of New Zealand are Alpine ridges – they extend into New Zealand where they become the Southern Alps. Although the eastern coast of Australia is shown, it is not a part of Zealandia.

Today, almost all of Zealandia, which broke away from Gondwanaland 83 million years ago, is submerged under the Pacific Ocean. The few parts which are above the sea include New Zealand (population: 4.7 million), New Caledonia (pop: 252,000), Norfolk Island (pop: 2,302), the Lord Howe Island Group (pop: 347) and the unpopulated Elizabeth and Middleton reefs.

New Zealand itself was isolated from the rest of the world until 800 years ago, when the first humans (Maori) arrived. Because of this isolation it developed a unique environment free of natural predators.

Is New Zealand a part of Australia?

Some geologists argue that, because Zealandia is a continental fragment that broke away from the Australian continent, New Zealand should really be considered to be a part of Australia.

Leaving aside geography, politically New Zealand has very close ties with its close neighbour Australia. Because the geographical boundaries of continents are not clearly defined and subject to dispute, some people believe that the political argument that New Zealand is so closely linked to Australia means that – for practical purposes at least – it would be simplest to say that New Zealand is a part of the Australian continent.

Is New Zealand part of Oceania

New Zealand is a part of the Oceania region – although it is important to note that Oceania is not a continent. Instead, Oceania is a grouping of countries and islands spread across the Pacific Ocean. 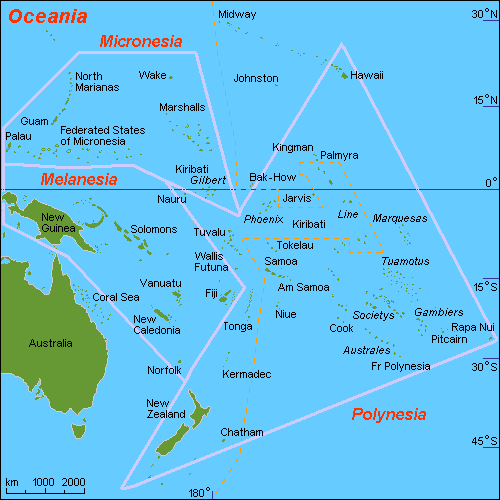 New Zealand is the second largest country in Oceania, after Australia, and plays a leading role in the region. Traditionally, New Zealand has the most influence in Polynesia, and Australia has the greater influence in Melanesia.