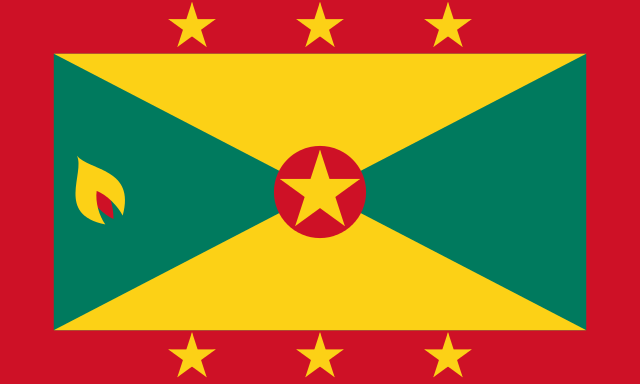 How many people live in Grenada today

Accurate data about the population of Grenada is difficult to find. The latest official estimate from the Grenadian government, in its 2014 Labour Force survey, puts the population at 109,597.

Given the low growth rate in the preceding ten years, the 2014 estimate should be taken with caution. Because of this we have kept our estimate of the population of Grenada at 103,328.

The table above shows the population of Grenada at the time of each census.

St George is the largest city in Grenada, as well as the island’s capital city. In 2011, the population of St George was 36,823.

The largest ethnic group in Grenada is people of African descent. They made up 89.4% of the population at the time of the 2001 census (latest available data).

Only 125 people (0.1% of population) reported that they were Carib, the indigenous peoples that inhabited the islands before Europeans arrived.

Roman Catholicism is the largest religion in Grenada. In 2001, 44.6% of Grenadians reported that they were Catholic. Other major Christian religions in Grenada are Anglican (11.5%), Pentecostal (11.3%) and Seventh Day Adventist (10.5%).

Non-Christian religions in Grenada include Rastafarianism (1.7%) and Islam (0.3%) and Hindu (0.2%). Just over one in twenty people (5.7%) reported that they belonged to another religion not listed on the census form.

English is the official language of Grenada, but accurate data is not available on the number of people in Grenada who speak English.

Grenadian Creole is widely spoken in the islands. Again, accurate data is not available, but Ethnologue estimates that around 89,000 people speak Grenadian Creole English.

Grenada is the 45th most densely populated country or territory in the world.

The literacy rate in Grenada is 96%. 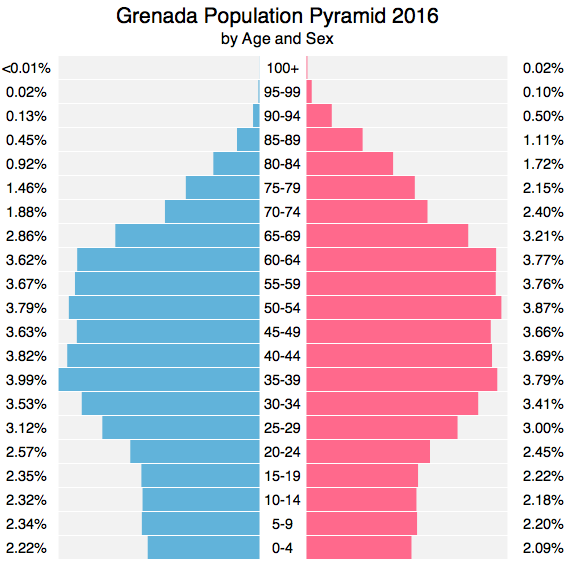 Grenada is unusual in that there are more men in Grenada than women. According to the Grenadian government, in 2011 there were 52,651 males and 50,677 females. They attribute this to a higher number of male births than female and also to emigration from the island.

Unless otherwise stated above, data in this article comes from the 2001 Grenada census. Other than a few preliminary results, data from the 2011 census was not available at the time of writing (August 2016).