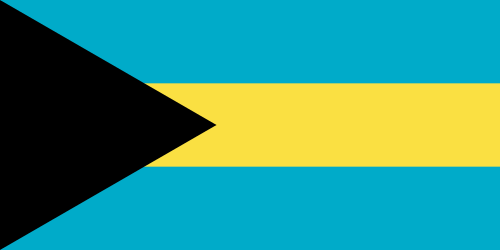 The Bahamas is the 6th largest country in the Caribbean, although the territories of Puerto Rico, Guadeloupe and Martinique (administered by the USA and France) are each larger than the Bahamas. 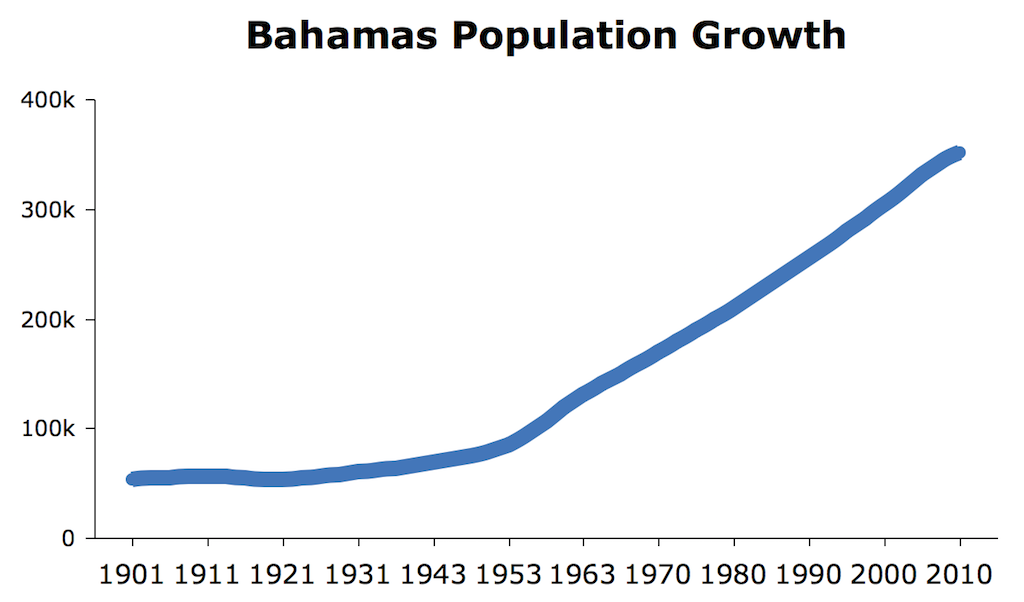 How many people live in the Bahamas today?

The latest estimate for the population of the Commonwealth of the Bahamas is 378,040 people. The estimate comes from the government’s Department of Statistics. This is an population increase of 4,400 people (1.18%) over the 2015 population of 373,630.

Although the population of the Bahamas has been growing for decades, the rate of growth has slowed gradually over the years, as you can see in the population table below.

Population growth is not consistent across the Bahamas. While the population in some islands is increasing (the number of people living on Exuma island increased by 94% between 2000 and 2010) it is decreasing on a number of other islands.

Largest cities in the Bahamas

Nassau is the largest city in the Bahamas. In 2016 its population was 274,400 people. Located on the island of New Providence and its smaller neighbour Paradise Island, Nassau operates as both the capita city and the commercial hub of the Bahamas.

Almost three quarters of the entire Bahamas population lives in Nassau, which as a result dominates the country’s political, cultural and economic life.

The Bahamas were originally inhabited by the Lucayan people. In just two years between 1509 and 1511, the Spanish transported almost the entire population of the islands (approximately 40,000 people) to Hispaniola, mostly to be used as slaves on neighbouring islands. By 1520 the Bahamas had been entirely depopulated and they remained uninhabited for 130 years.

The largest single religion in the Bahamas is Christianity, which is followed by 94.9% of the population.

Seven in ten (69.9%) Bahamians are members of a Protestant Church, 12% are Roman Catholic, and 13% belong to another Christian denomination.

Many of the Haitian immigrants (around 40,000 people) also speak Haitian Creole.

No accurate statistics on the number of people who speak each language is available. 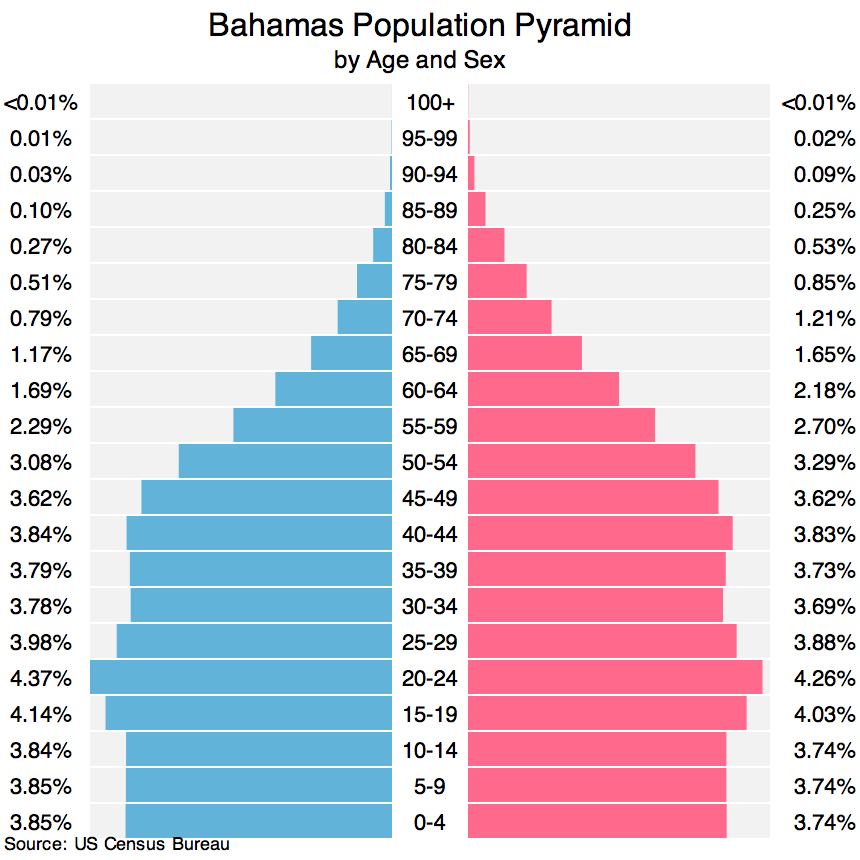 Unless otherwise noted, data in this article comes from the report of the latest (2010) Bahamas census. Click here for a PDF copy of the report. Other related data can be found on the Bahamas Government Department of Statistics website.