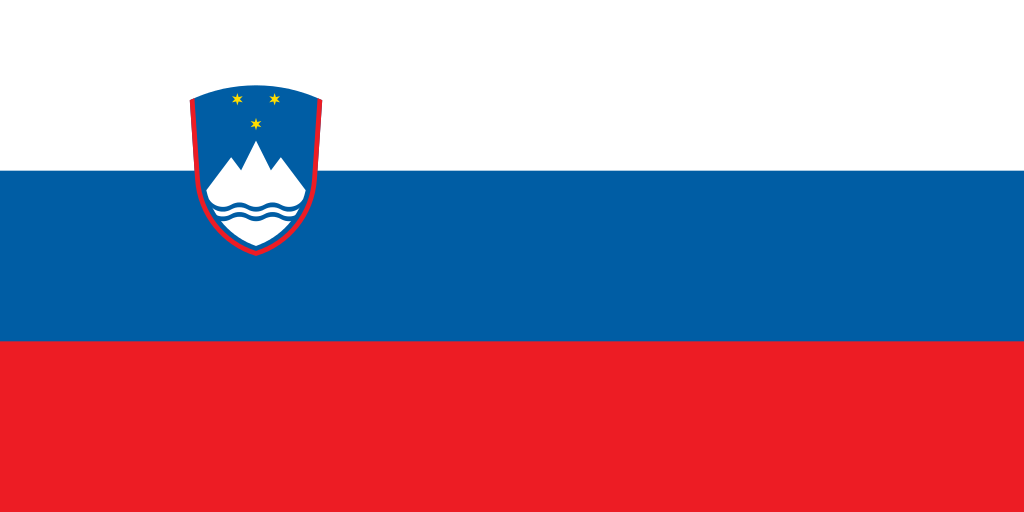 How many people live in Slovenia today?

The Slovenian Government’s Statistical Office releases population estimates four times a year. In its last release (July 2016) it reported that the population of Slovenia on 1 April 2016 was 2,063,371.

The last census to take place in Slovenia was in 2011. It reported a population of 2,050,189 on 1 January 2011, and all subsequent population estimates are based on data from the census.

Slovenia’s birth rate is below replacement rate. Additionally, around 250,000 Slovenes live abroad, mostly in other parts of the EU.

Because of this, population growth in Slovenia comes from immigration into the country.

According to the Statistical Office there are 108,899 (5.3% of the population) of Slovenia’s citizens were born outside of the EU.

For a table detailing population growth since the 1940s, see the end of this article.

Ljubljana is the largest city in Slovenia, as well as the country’s capital city. On 1 January 2016, the population of Ljubljana was 279,756.

Here is a table listing the ten most populous cities in Slovenia.

Note: Koper, a city on near the border with Italy and with a large Italian population, is called Capodistria in Italian.

Slovenes are the largest ethnic group in Slovenia. They made up 83.1% of the population in 2002, the last year for which official data is available.

Slovenia’s history as a former republic of Yugoslavia means that Slovenia has significant Serb, Croat, Muslim and Bosniak minorities.

Slovenia also has small Italian and Hungarian minorities. Unlike minorities from the former Yugoslavia, Italians and Hungarians have rights under the Slovenian Constitution, including guaranteed seats in the National Assembly.

Slovenia is primarily a Roman Catholic country. At the 2002 census (latest data available) 57.8% of Slovenians reported that they were Catholic.

Hungarian and Italian are also official languages in a number of regions within Slovenia, and are spoken by 0.4% and 0.2% of the population respectively.

Life expectancy in Slovenia at birth is 80 years. For Slovenian women it is 84 years and for Slovenian men it is 77 years.

This represents an increase over the birth rate at the turn of the century (it was 8.7/1,000 in 2003). But, as noted earlier, Slovenia’s birth rate is lower than needed to maintain the population. Instead, Slovenian population growth is driven by immigration into Slovenia. 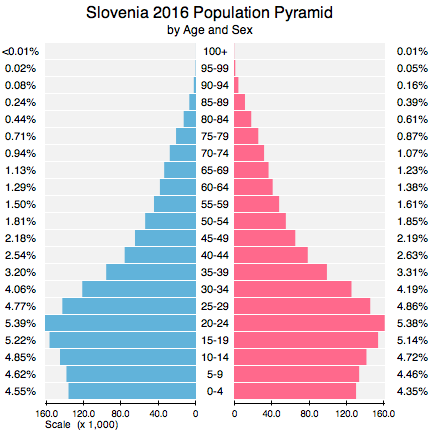 This table list the population of Slovenia at the time of each census.

For the latest, post-2011 census, population estimates, see the top of this article.