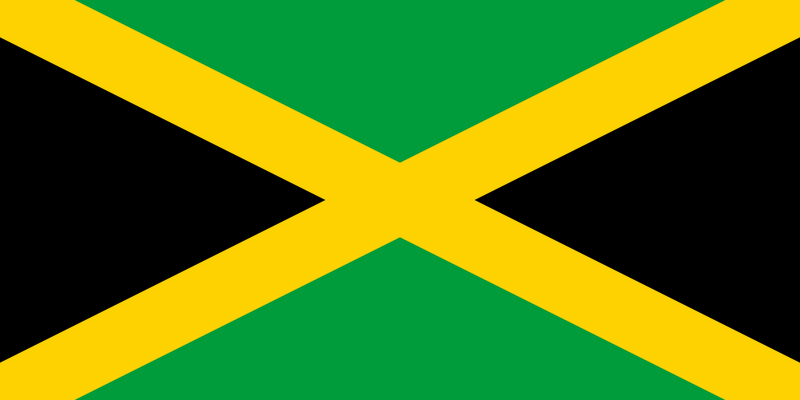 Despite its small population, Jamaica is a formidable competitor at the Olympics. Its sprinters have won 23 medals (10 gold medals, 7 silver and 6 bronze) at the last two Olympics (London and Beijing). As a result, Jamaica ranked second on our table of London 2012 Olympic medals per capita.

This year Usain Bolt is one of the favourites to win the Rio 2016 Olympic 100m and 200m titles. Shelly-Ann Fraser-Pryce is also a strong challenger for the women’s 100m title. Others in the hunt for medals are Omar McLeod and Hansle Parchment (110m hurdles). Jamaica is also expected to feature strongly in the sprint relay races.

Click here to see where Jamaica stand in the Rio 2016 per capita medal table.

How many people live in Jamaica today?

Unfortunately, no official estimates of the population of Jamaica in 2016 are available yet. The latest estimate (2,950,210) is for mid-2015 and is provided by the CIA Factbook.

The most recent official population estimate comes from the Government of Jamaica, who reported that at the end of 2014 Jamaica’s population was 2,720,554.

The population at the time of the last Jamaican census (2011) was 2,697,983. To see the Jamaica population increase over time, refer to the table at the end of this article.

Kingston is both the capital city of Jamaica and the largest city in Jamaica, with a population of 584,627 (2011 census).

Here is a table listing the largest cities in Jamaica.

Over the last 50 years around a million Jamaicans have emigrated to other countries – mostly the UK, Canada and the USA.

The USA Jamaican population is the largest in the world. In 2013 the US Census bureau reported that there were 1,091,482 Jamaican Americans in the US. It is thought that around 60% were born in Jamaica, the rest are descended from earlier immigrants. More than half of Jamaican Americans live in New York State and Florida.

The UK’s Jamaican population is the second largest in the world. Around 150,000 people born in Jamaica live in the UK, but the total number of people who are Jamaican British (either born in Jamaica or of Jamaican descent) is estimated to be approximately 800,000 people. The majority live in British cities, primarily London and Birmingham.

Protestant Christians are the largest religious group in Jamaica, although they are broken into a number of different denominations.

There are two languages in common use in Jamaica – Jamaican Standard English and Jamaican Patois.

Jamaican Standard English is the language used in formal communications, the media and education. Jamaican Patois is a creole language derived from English and is more commonly used in spoken conversation.

Detailed statistics about usage are not available, although a 2007 survey indicated that 46.4% of Jamaicans were effectively bilingual. The remainder could speak only one language – either Jamaican Standard English (17.1%) or Jamaican Patois (36.5%). 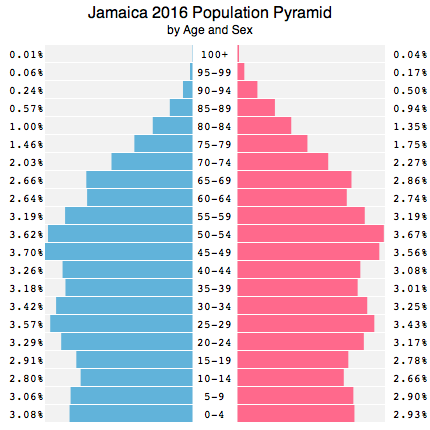 Note: this table details the end of the year population figures provided by the Jamaican Government, via the Statistics Institute of Jamaica (STATIN).