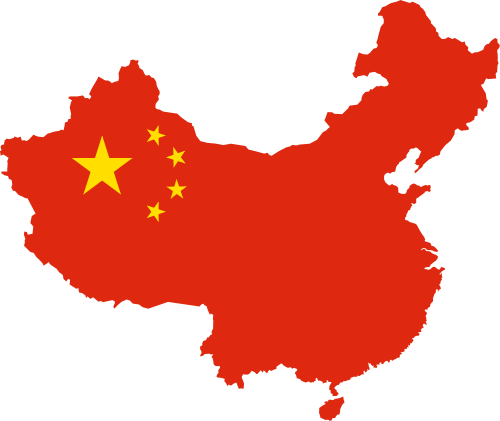 Although China has been the most populous country in the world for centuries, political upheaval and war has caused remarkable instability in its population growth. Between 1850 and 1950, for example, China’s population grew very slowly in comparison to the rest of the world – from just over 400 million people to around 500 million at the time of the Communist revolution.

Chinese leader Mao believed rapid population growth was critical to the security and prosperity of China and, as a part of his Great Leap Forward, Chinese people were encouraged to have larger families. An increased birth rate combined with improvements in healthcare (which meant that people lived longer) meant that the population of China almost doubled in the second half of the 20th century – from 583 million in 1953 to 1.25 billion in 1999.

By the late 1960s and early 1970s, China’s leaders were beginning to realise that population growth was running out of control, and causing political instability. Soon after Mao’s death in 1976, the One Child Policy was introduced. This, combined with other demographic changes, led to a rapid decrease in birth rate – from 2.63 births per woman in 1980 to 1.61 births per woman in 2009. This, combined with an increase in life expectancy, means that population growth in China has slowed dramatically.

You can see how China’s population has changed over the past 60 years in the chart below.

Today, China’s population is growing at around 0.5% per annum.

Predicting future population levels is a very inexact science, and there are a number of models that attempt to predict how large China’s population will be through the 21st century. All of the models seem to agree, though, that the reduced number of young people in China today means that the total population of China is likely to peak in around the middle of the century, before gradually beginning to decline.

The United Nations predicts that Chinas peak population will be 1.4 billion in around 2030, and that by 2100 China’s population will have fallen to under 1 billion. India’s population, by contrast, will continue to increase, and China is likely to lose its position as the most populous country in the world by 2050.

The UN predicts that China’s population will peak at around 1.4 billion in 2030, before gradually declining again.

Together, the minority population groups in China (including the largest group, Zhuang) number over 110 million people. If they were to form a country, it would be the 12th largest in the world.

Accurate data on the most common religion in China is hard to find, because China is officially an atheist country. Although religious practice was heavily discouraged in the past, the Chinese government has opened up to religions in recent years. The CIA Factbook records religious affiliation in China as follows:

Folk religion draws heavily on buddhist and taoist principles but is, at the same time, very different. Its core principles involve the worship of deities (‘shen’) and veneration of ancestors. It is not a centrally organised religion and its practice can vary widely from region to region and even from village to village. You can read more about Chinese folk religion at faithology.com.

Christianity was introduced into China in the 7th century, but became significantly more popular in the 19th and 20th century as a result of Western missionary work.

Islam also has a long history in China – like Christianity its presence can be traced back to the 7th century. Today Islam is most popular in the east of China, notably Xinjiang where it is the largest single religion. 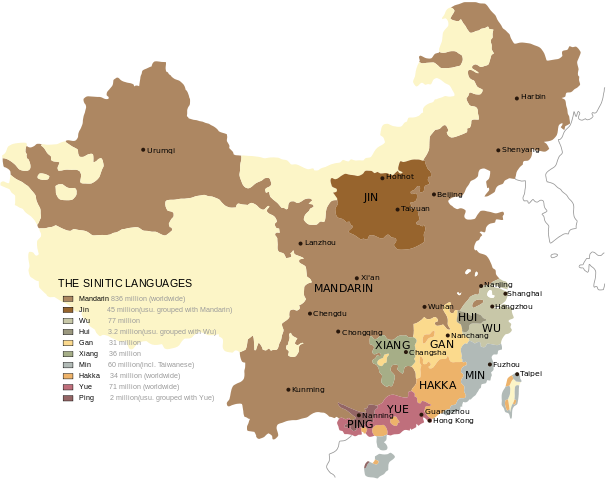 There are seven dialects of Hanyu and they are so different that it can be impossible for a person who speaks one dialect to understand someone speaking another. The Chinese dialect that is most widely spoken is Mandarin. Other major dialects include: Wu, Yue, Min, Xiang, Hakka and Gan.

Because of the wide variety of dialects, the Chinese government has adopted a form of standard Chinese called Putonghua as the official state language of China.

Education and Literacy Rate in China

China has a successful state run system of education. All Chinese children are required to attend at least nine years of school, up to the age of fifteen. As a result, it has very high rates of literacy. The 2010 census indicated that the overall literacy rate in China for 15 year olds was 95.92%, up from 93% in 2000. Today, illiteracy is largely confined to elderly Chinese, with other pockets of high illiteracy in rural areas.

Some argue that Guangzhou is the largest city in China, because it is at the heart of a number of merging cities in the Pearl River Delta. Together, these cities in Southern China (just north of Hong Kong) are turning into an urban area that is home to a combined 40 million people.

Here is a list of the ten largest cities in China. Data is drawn from the 2010 census.

Some of these cities are close together and are merging over time into the first Chinese supercities. For example, the cities of Shenzen, Dongguan, Foshan, Jiangmen and Zhongshan together form the Guangzhou megacity. Located slightly to the north of Hong Kong, the population of Guangzhou is over 44 million (44,294,245 to be exact in 2010). If it were a country, Guangzhou would be the 30th most populous in the world, sandwiched in the rankings between Spain and Ukraine.

The number of women in China compared to men is slightly higher than in many other countries. This is largely due to the higher sex ratio at birth – in China in 2010 118 born for every 100 girls whereas, for many other developed countries the ratio is closer to 105 boys to 100 girls.

By 2020 it is likely that 11.8% of Chinese will be aged 65 or over. China’s ageing population will have a dramatic impact on its economy as the percentage of Chinese people of working age decreases and its pensions and healthcare costs increase.